I’ve attended multiple performances of a production many times in the past. When the now-defunct Stage 1 did Children’s Letters to God, I saw every single one of the show’s 8 or 9 performances. I was at the theater mostly for logistical reasons but nothing was compelling me to watch the show every time. I chose to watch it every time because it was an awesome production.

In other cases, a show like VA Rep’s The Color Purple has compelled me to take different groups of friends to it as proof of the quality of Richmond theater. 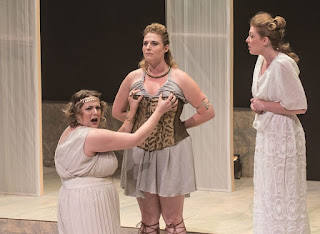 For Quill’s Lysistrata, starring Grey Garrett, I saw the show three times mostly for business reasons. My new venture, Behind-the-Scenes RVA, dovetails perfectly with Quill’s mission: they seek to produce theatre worth talking about and one of my goals with BTS-RVA is to provide context that can inform those conversations.

After seeing the show for the third time, I realized how my perspective on the show had changed and, also, what I was focusing on in the third viewing versus the first. To whit: 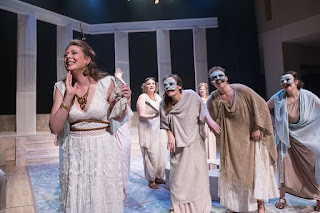 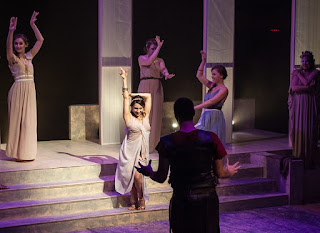 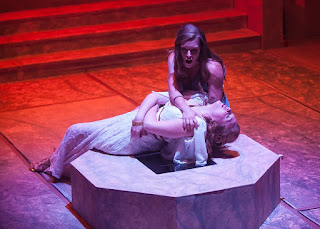 There are issues of feminism and sexism that have been talked about rather openly thanks to the Style review and the response James wrote to it so I’m not going to circle back on them now. These issues were debated quite rigorously among people who came to the Behind-the-Scenes tours. And that kind of conversation is pretty awesome, I think, and just goes to show that this was indeed theatre worth talking about.


By the way, if you’re reading this, please tell your friends and family (and strangers on the street) about future Behind-the-Scenes opportunities; there’s one coming up for RTP’s Cloud 9 this Friday and Firehouse’s Desire Under the Elms the first week in November. More talking about theater will hopefully get more people to get out of their houses and attending live theater. That’s a win for us all!
Posted by Dave T at 2:16 PM