Joel Bassin said a funny thing to me just as the lights were going down to signal the beginning of “Heathers: The Musical” on Tuesday night: “The only problem with having a hit is that you have to keep the bathrooms clean.”

And a hit “Heathers” has been, for good reason. Where “The Toxic Avenger” leavened its darkness with a healthy dose of silly, “Heathers” starts with teenage angst, stirs in irony, pathos and deeply twisted humor, and then whips it all into a dark delicious mélange. Even with an inevitable dip in energy in the second act as the various threads unravel, this production is a delight throughout and director Debra Clinton shows herself to be at the pinnacle of her skills. 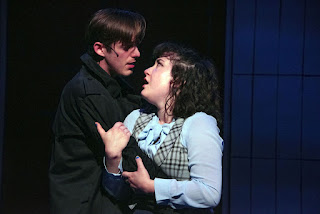 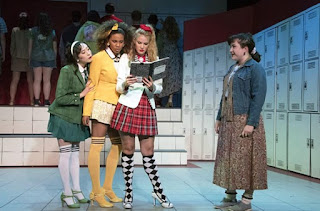 I'm lucky to have snuck in for one of the last performances; the end of the run through the 12th is sold out. What's your damage? If you missed this show, it could be significant.
Posted by Dave T at 10:52 PM